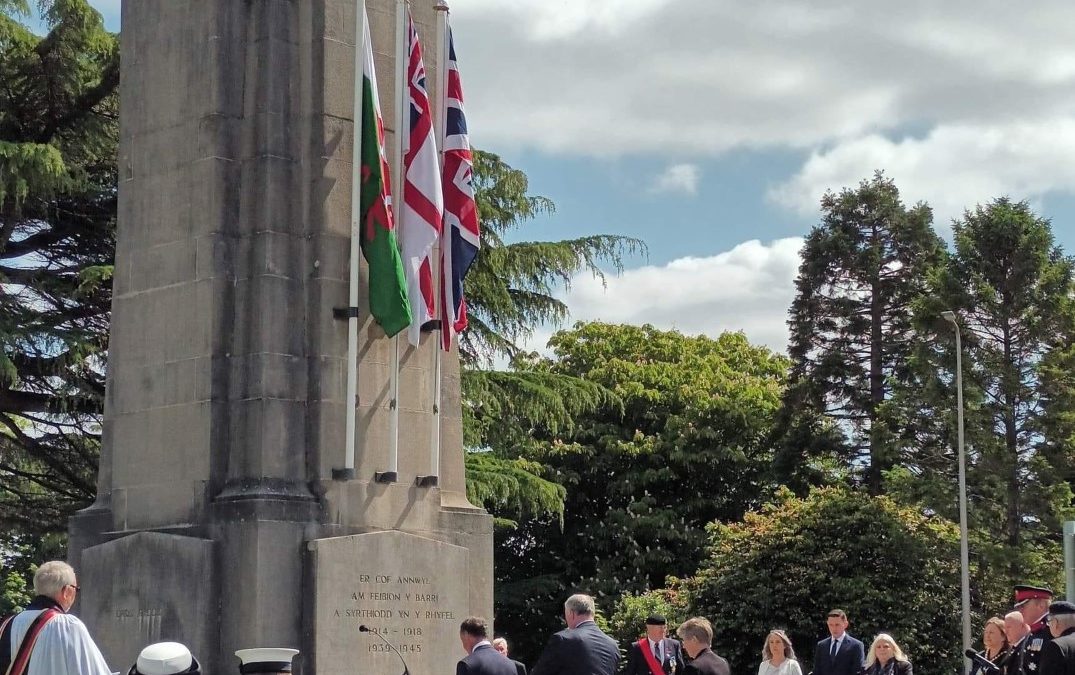 Welsh Conservative Leader and South Wales Central MS Andrew RT Davies has paid tribute to the Royal British Legion in Barry for organising a deeply poignant service to mark the 40th anniversary of the Falklands War.

Veterans and residents from across the Vale gathered at the Cenotaph in Barry on Sunday 12th June to commemorate those who lost their lives in the conflict.

In addition to the usual wreath laying, attendees laid badged crosses to remember the fallen.

Tributes were also paid to Guardsman Greg Thomas of the Welsh Guards, who hailed from Barry and lost his life in the conflict.

Mr Davies said, “As we mark the 40th anniversary of the Falklands War, we remember the dedication and sacrifice of all those who fought in the conflict.

“We owe a huge debt to them and will never forget their bravery.

“It was a privilege to be asked to lay a wreath to remember those who gave their lives, including Guardsman Greg Thomas, who hailed from Barry.

“It was touching to see so many people turn out and lay badged crosses to remember the fallen.

“I would like to pay tribute to the Royal British Legion for organising a deeply moving service, and for all they do to support veterans and their families.”