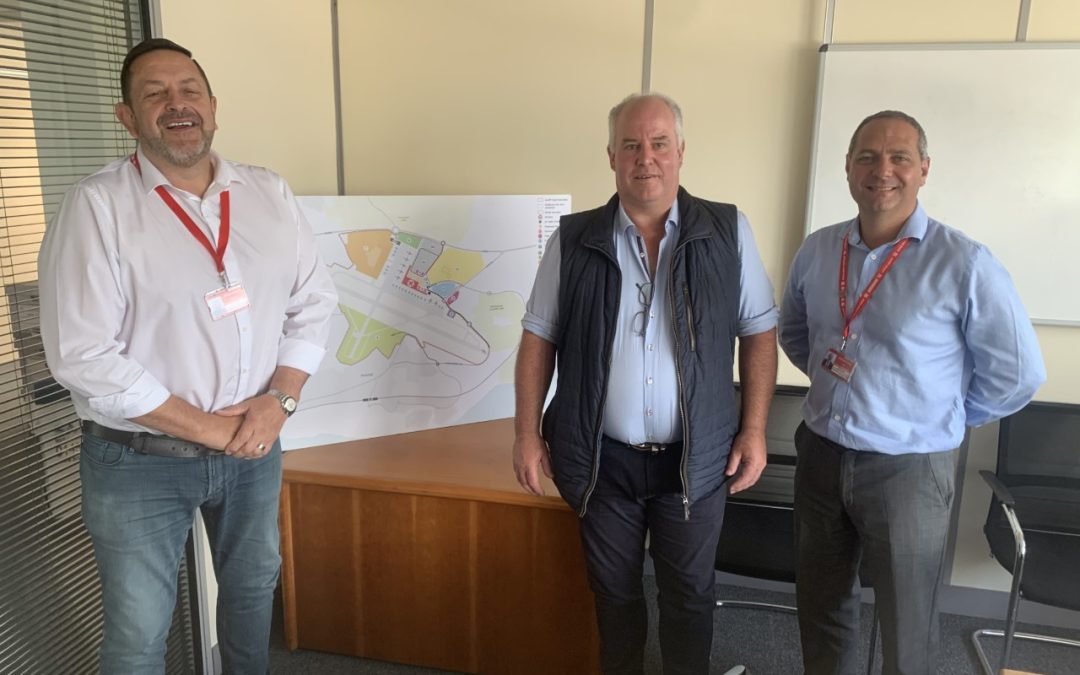 Passengers faced significant disruption a fortnight ago, with some facing delays as long as 40 hours.

Complaints were made about the lack of information provided by ground staff. While others described the contingency arrangements as insufficient.

Mr Davies today met with Airport Chairman Wayne Harvey and Chief Executive Spencer Burns. And he took the opportunity to raise this directly.

Mr Davies said, “Several constituents got in touch with me about the serious disruption they experienced.

“Responsibility for the situation lies primarily with the airline. And the response from TUI was frankly appalling.

“I raised these concerns with Wayne and Spencer, and I’m grateful to them for taking the time to meet.”